Samuel Wodnitzky was born in Kazimierz, Poland. He studied at the Art Academy, Poland and immigrated to Israel in 1934. Wodnitzky's charming shtet'l is the rebirth of his native village through the eyes and hand of the artist. Although an enduring naivete infuses his work, there is no lack of skill in the technical or organizational aspects of his artistry. Indeed, the artlessness of his works is more wonderful as a triumph of simple feeling over knowledge. Dependent entirely upon his vivid recollections of the village of Kuzmir (Kazimierz) and the Eastern European Jewish way of life which no longer exists, Wodnitzky revives his youth in his works. But where a less discriminating artist might easily fall prey to the sentimentality inherent in such a project of reminiscence, Wodnitzky recreates his town and townspeople with objectivity, never sloughing the artistic problems of his profession. Wodnitzky received the Dizengoff Prize in 1942. He has had several one-man shows in Tel-Aviv and has participated in group shows in Jerusalem and Johannesburg. read more 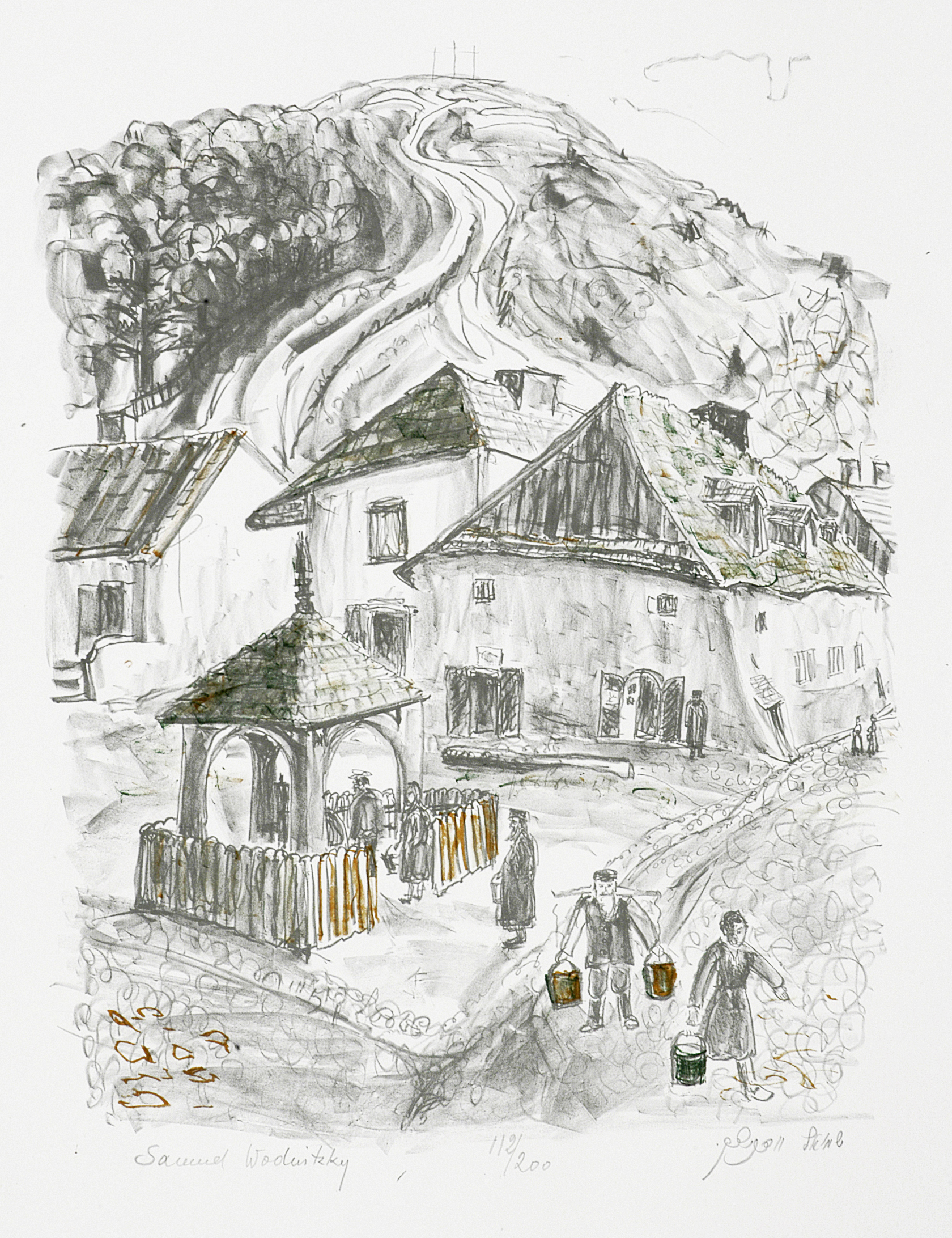 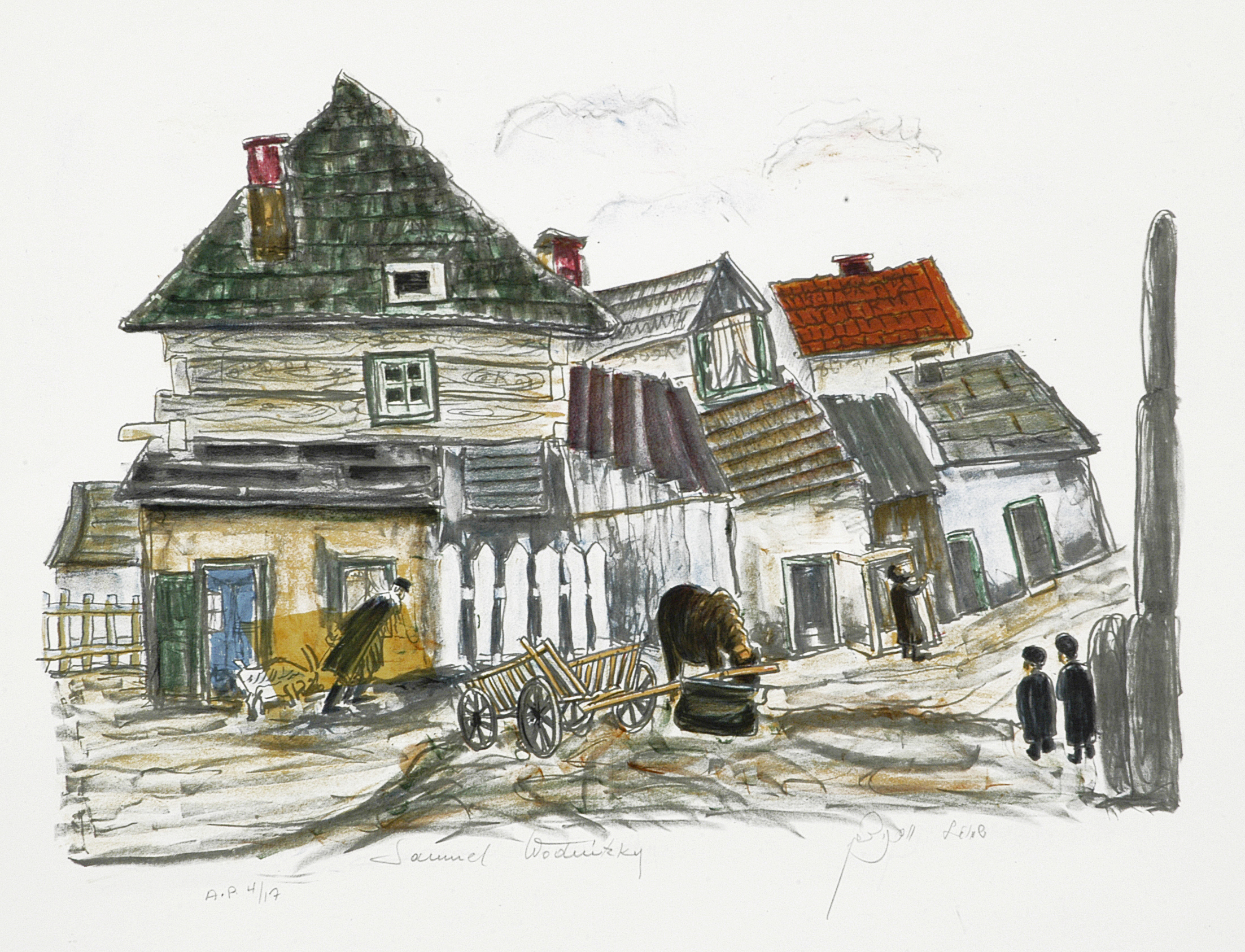 S-185 Horse and Cart in Kuzmir 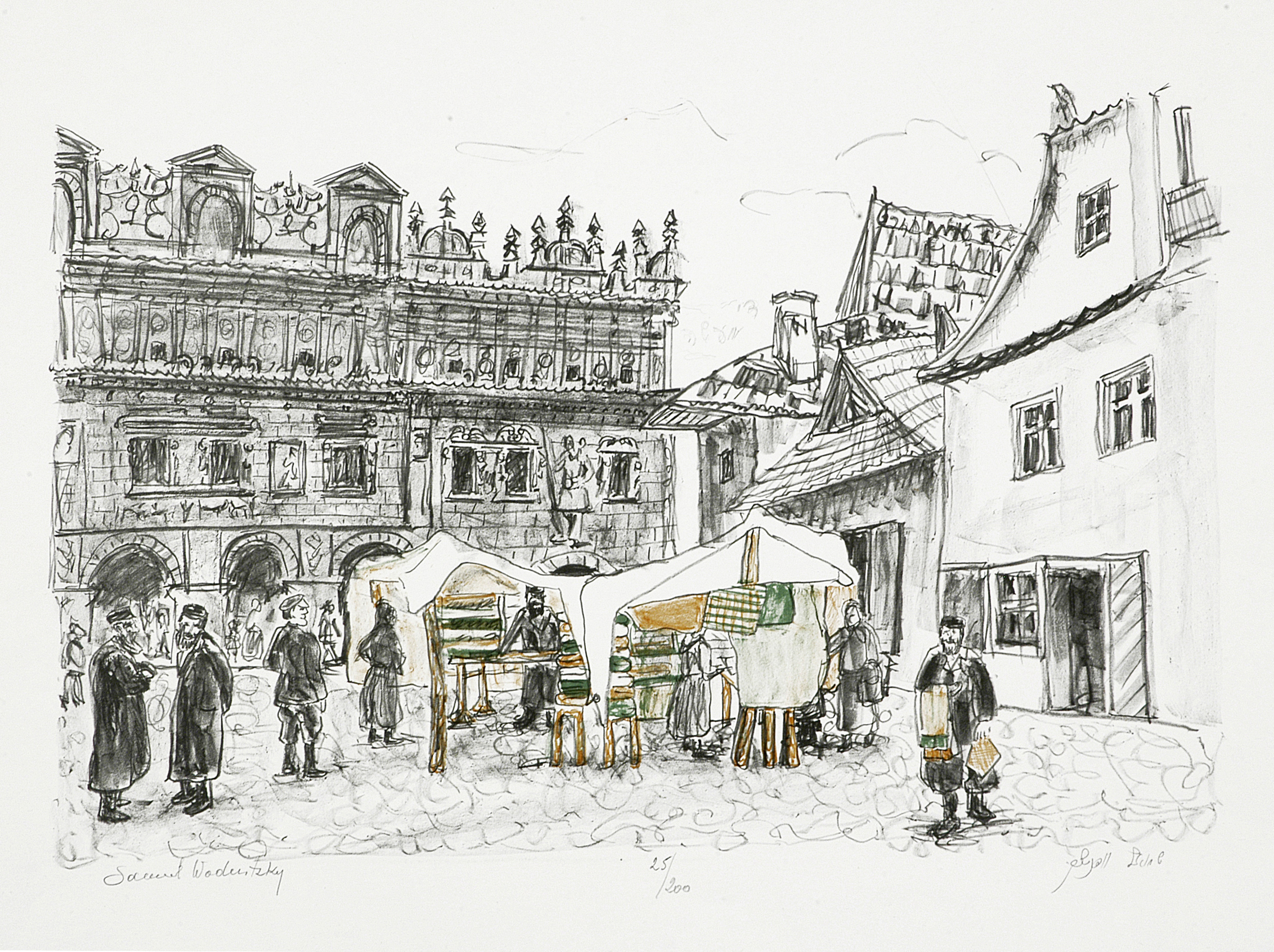