David Sharir's paintings and graphic works are clearly a celebration of life, and a recognition that life is there to be exalted, that in its complexities it is unified and harmonious in the midst of contradiction. Born in Israel in 1938, Sharir grew to maturity during the emergence and development of the State of Israel. That influence of the spirit of Israel during Sharir's youth, of a country which turned to the Bible for its inspiration, is evident in the artist's work. Truly a son of a land which united Eastern and Western cultures, Sharir has blended the two in his art. The development of Sharir's unique, meticulously ornamented style is bound up with his training and experience. After art studies in Tel Aviv, the artist went on to the Academia del Belle Arte in Florence and proceeded to study architecture and theater design at the University of Rome. He experimented with abstraction, and participated in shows both in Italy and in Israel. Upon his return to Israel, he started to design scenery and costumes for the theater. The production of "Queen Esther" at the Cameri Theater in Tel Aviv in 1966 marked a turning point in his style. Hebrew manuscripts of the Middle Ages, calligraphy of the Torah scribes and the work of Italian primitives, Sharir founded medieval worlds populated by aristocratic Oriental characters and distinguished figures from the Bible as old acquaintances from his childhood, which was under the spell of Russian folk art. All these elements can be found in Sharir's brilliantly colored paintings and graphic works. read more 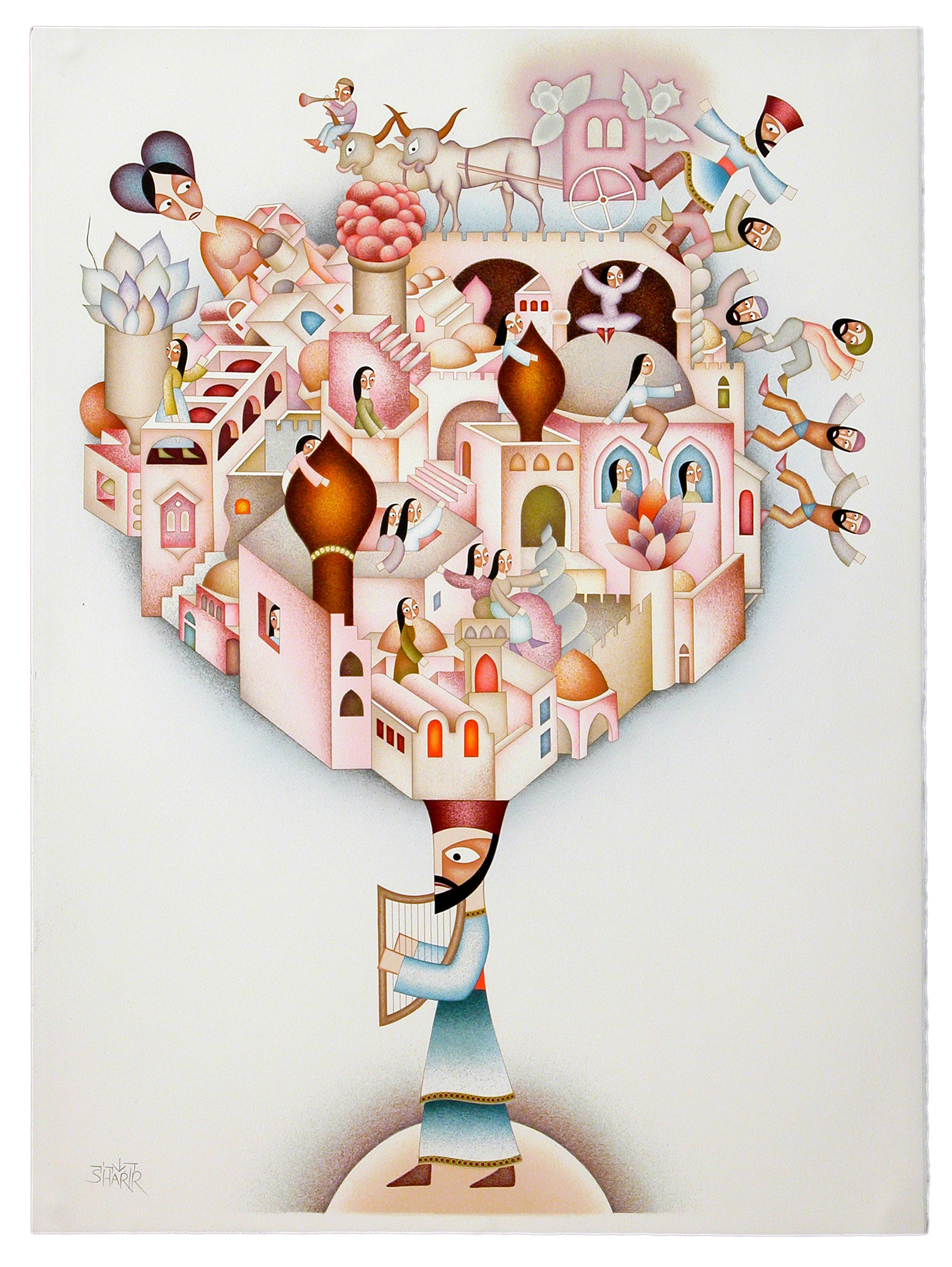 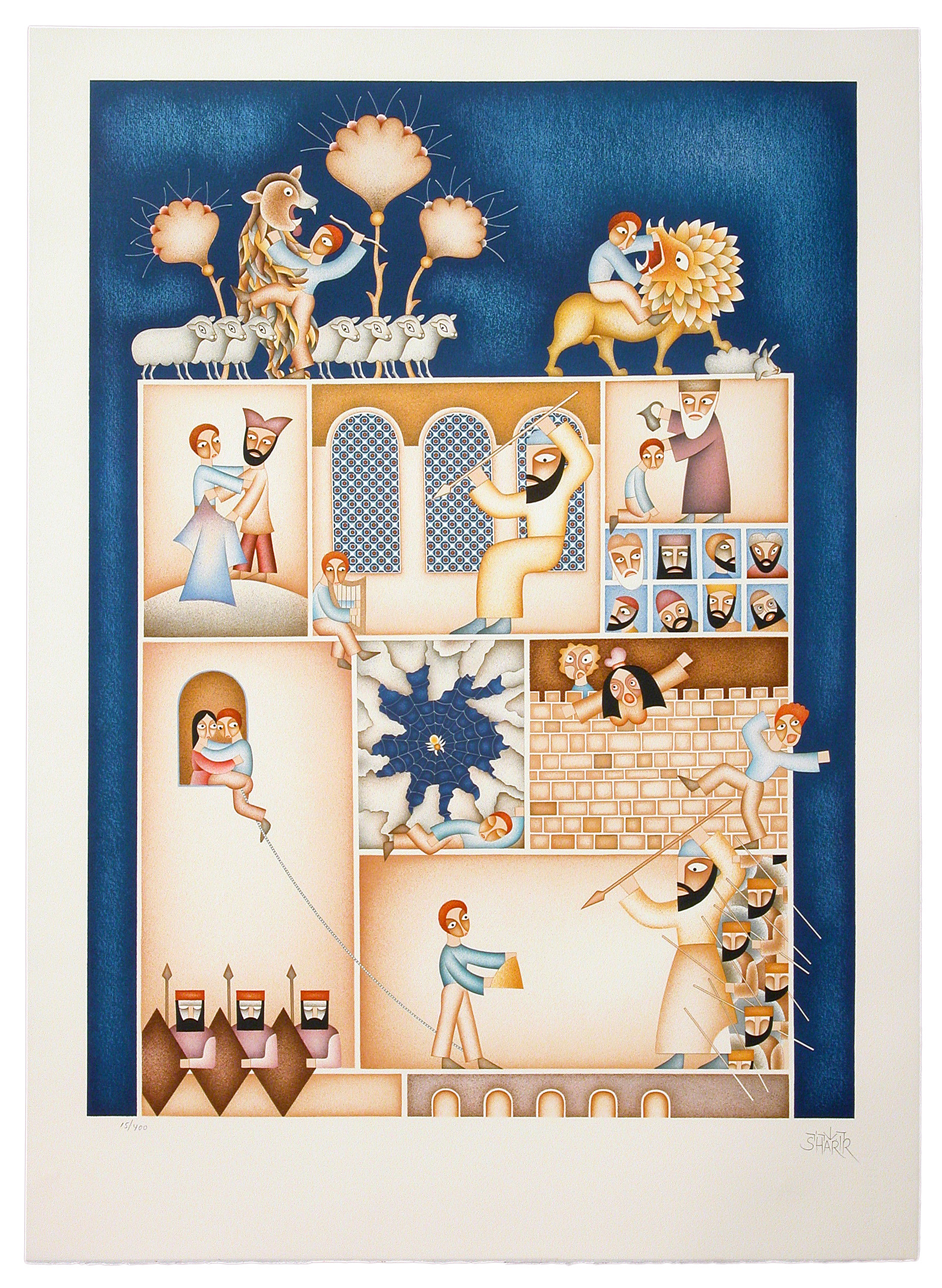 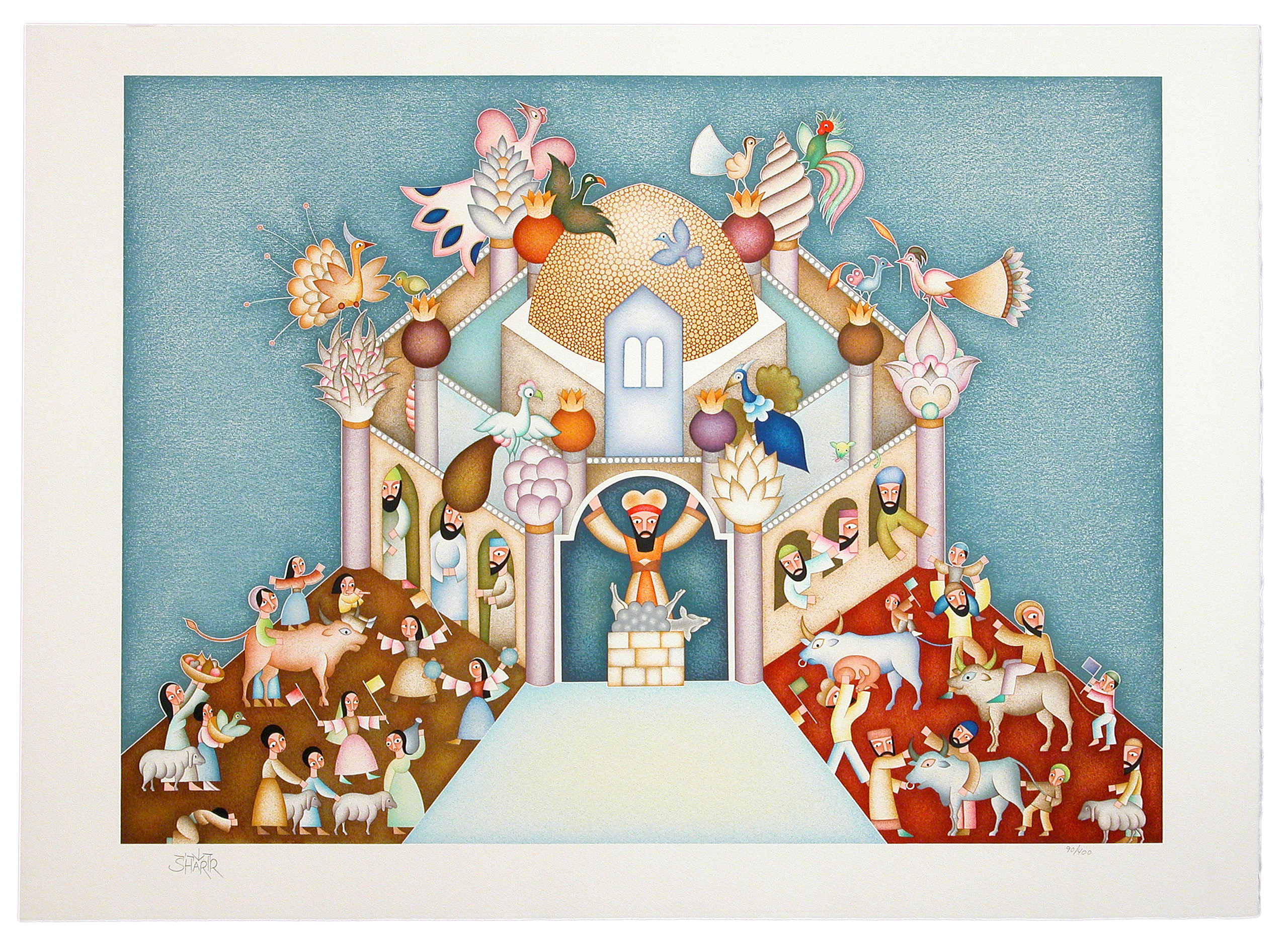 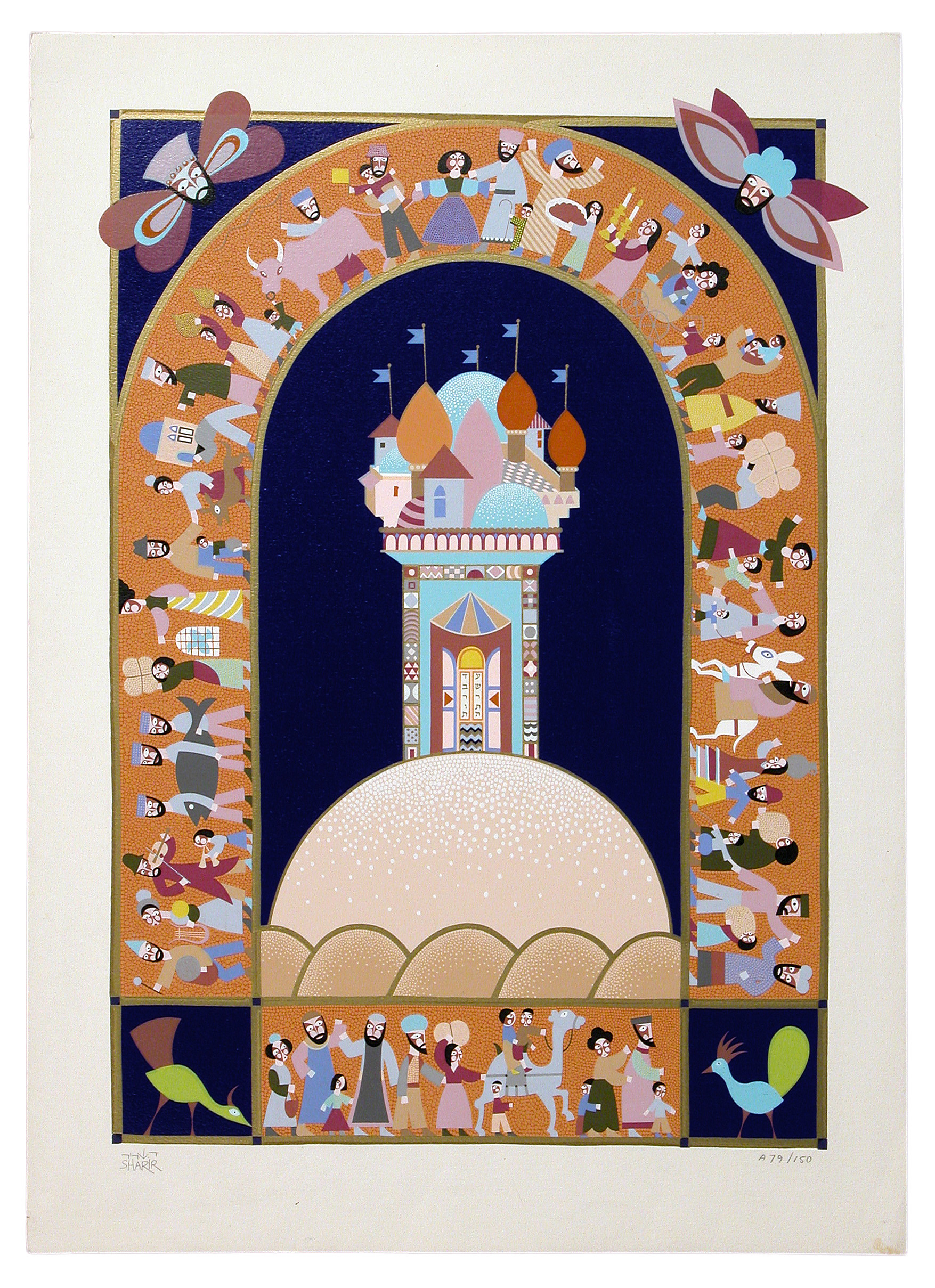