SONNY WEINTRAUB An intricately patterned life lies behind Sonny Weintraub and his art. He was quite young when, during World War II, he served as a radio officer on American merchant ships. In 1944 he joined the rescue fleet from Palestine (Aliyah Beth) which ran the British blockade and other obstacles, time and again, to bring survivors of the Nazi Holocaust to the Jewish homeland. While serving in one of these "illegal" missions, his ship was captured by the British and he was tossed, together with the luckless refugees, into a detention camp in Cyprus. The adventure made for him the decision, never regretted, to settle in Israel, since Weintraub found himself several months later on her shores along with other "illegal immigrants", a short time before the emergence of the new-old State. For a while he was a member of Kibbutz Kfar Giladi. He fought in the War of Independence in 1948 and was wounded in the battle of the Golan Heights. After the war, Weintraub was serving again as a naval officer now on the ships of the young state of Israel. Once again he was roaming the seas, observing and absorbing the sights of colorful ports, studying the faces of people everywhere. In his leisure hours he painted the faces of the people he met in Italy and Spain, in North Africa and Cuba. Much earlier, he had studied painting at the Academy of Art in Baltimore. The day came when his early dream was fulfilled. In 1956, with the encouragement of friends, and later his wife Hagar who grew up on Kibbutz Ramat Yohanan, who loved his paintings, he exchanged his ship's cabin for an artist's studio. Sonny Weintraub's images are taken from the life around him. His art is not surrealism but realism, not alienation but identification. The most impressive of his paintings are his portraits of Israeli soldiers who fought in the Six Day War. The soldiers are young. Innocence and tenderness intermingle with the manly, serious expression on their faces. They are the defenders of their country; yet, beneath the surface of the fighting soldier, a human compassion, a Jewish spirit shines through. Perhaps the eye of Sonny Weintraub sees them as a transfiguration of David upon whom fate has imposed the duty of freeing their country, and possibly the whole world, from the menacing shadow of Goliath. The spiritual dimension removes all of Sonny Weintraub's portraits, including those of his soldiers, from the plane of the fleeting moment of a temporary plastic creation and imbues them with a human depth that returns in every generation. read more 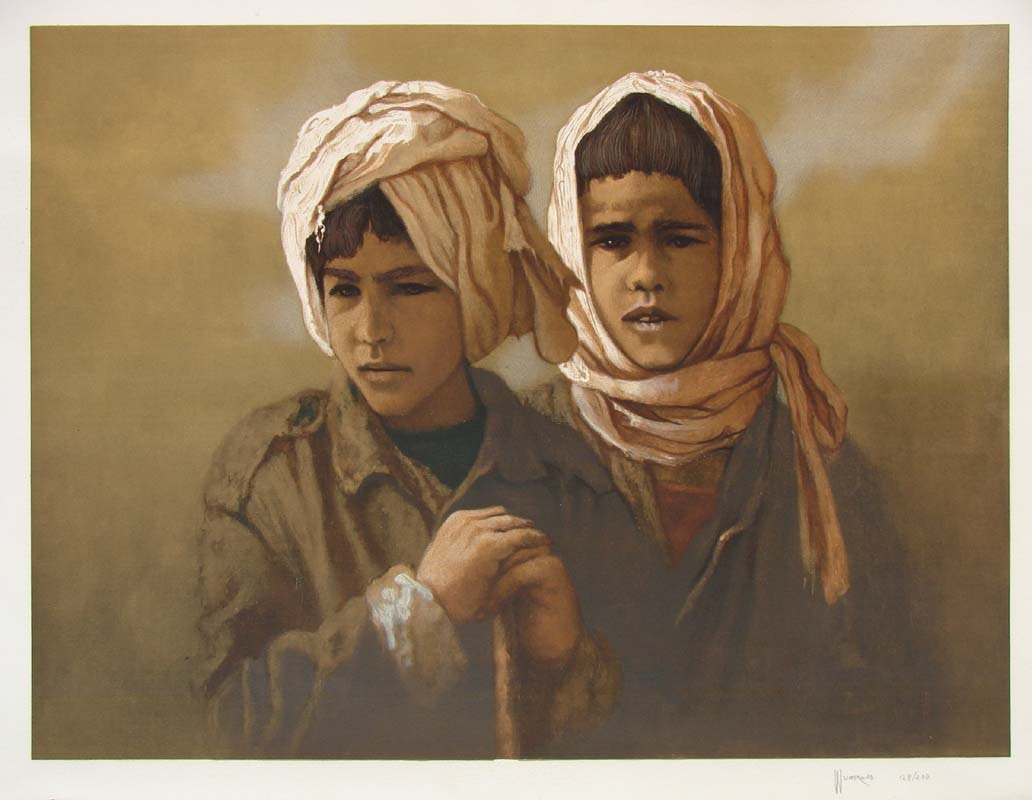