Painter Shmuel Katz was born in Vienna in 1926. He spent the second World War in hiding in Hungary, after escaping from a concentration camp. With the conclusion of the War, he attempted to enter Palestine with a group of illegal immigrants. Intercepted by the British, the group was deported to a displaced persons' camp in Cyprus. It was there that Katz's artistic talents were discovered. With nothing else to occupy his time, he began drawing, and his work was exhibited in Cyprus. But, upon arriving in Israel in 1947, Katz put aside his new-found interest in order to help found Kibbutz Gaaton in 1948, and fight in the War of Independence. It was only in the early fifties that Katz returned to art work, when he was approached and asked to illustrate a children's magazine. His kibbutz, more understanding than many to creative needs, later sent Katz to study in Paris. Returning to Israel and his kibbutz, the artist has since devoted his life to drawing and painting - while not neglecting his duties to the kibbutz, sharing in the guard duty and kitchen work which falls to all the members. ...Shmuel Katz has already evolved a mature personal style, rich in theme and technical device. He is, first and foremost, a draughtsman. Yet his drawings do not merely delineate the contours of the figure, object or landscape; they are charged with a latent vitality that gives throbbing life to his subject-matter and hint at what lies behind the visible objects... The horizontal lines serve to give emphasis. These, too, are a-throb with life, and his arabesques seem to embrace his subject with a tenderness that is at times lyrical, and at times mischievous. Dark patches afford a pronounced sense of volume, of perspective and of figural modeling. It is the element of movement in the drawings of Shmuel Katz, however, that brings to the fore his propensity for observing reality through a poet's eyes and expressing it in a distinctive personal style... read more 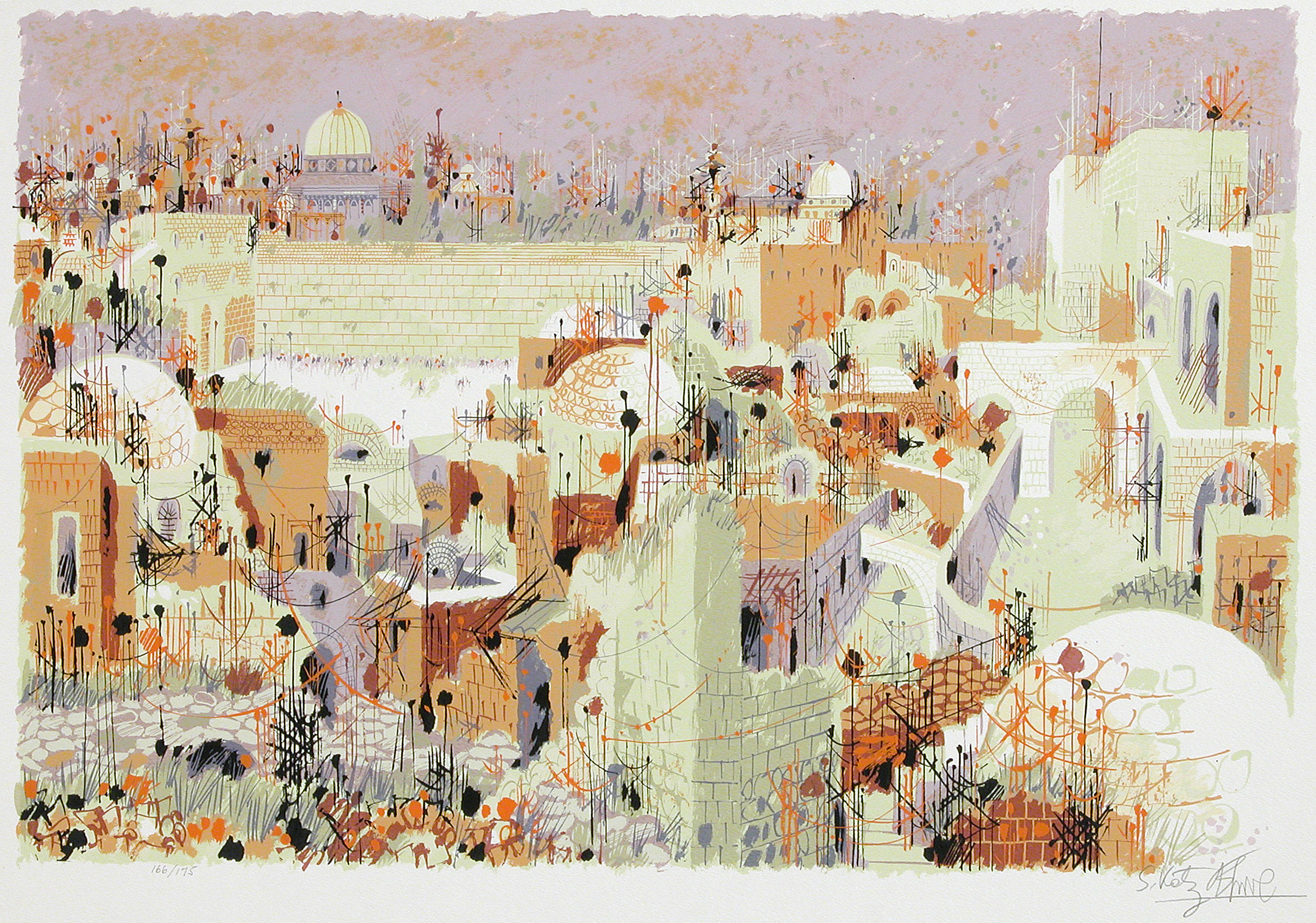 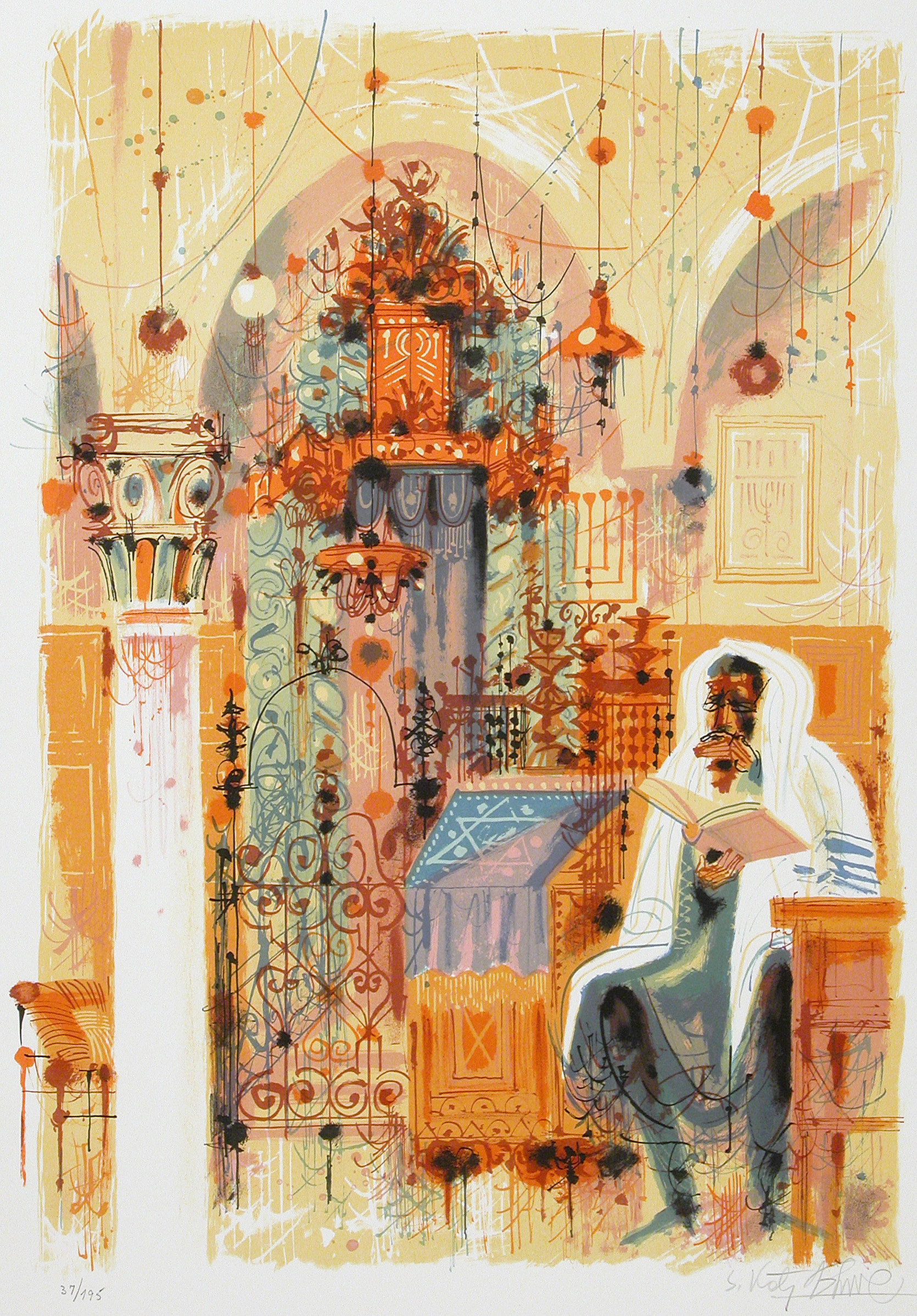 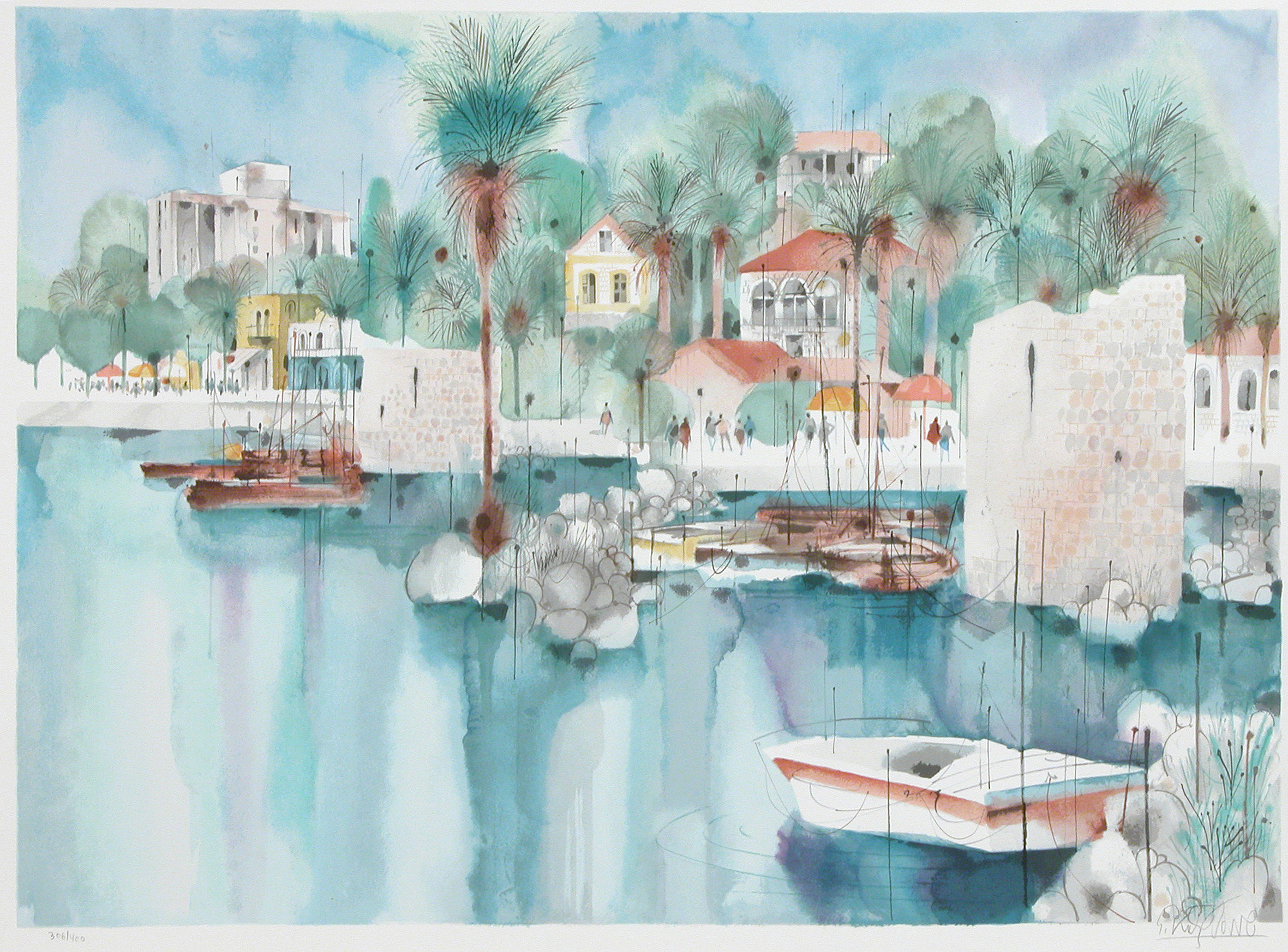 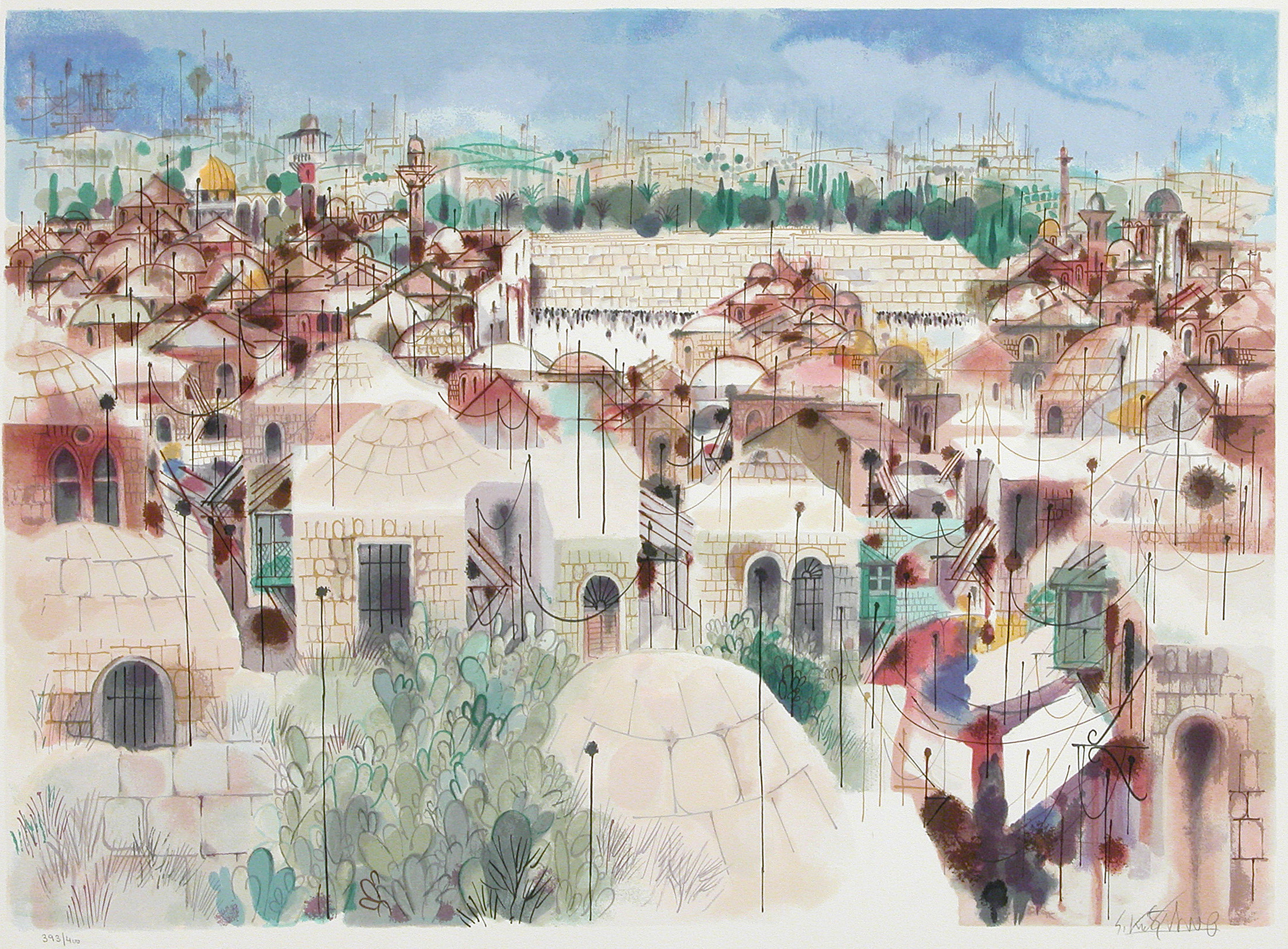