Joseph Kossonogi was born in Budapest, Hungary and studied in an academy in Berlin, Germany. He came and settled in Tel Aviv in 1926 and formed a group of young painters who called themselves "Massad" In 1929 they had their first exhibition and in 1935 they joined the Israel Association of Painters and Sculptors. They won the Dizengoff prize in a one-man show in Tel Aviv Museum in 1944 and 1954 and in 1950 they won a prize for a sea-scape. In 1956 Kossonogi became a member of the Art Colony in Safed and in 1958 Mr. Vincent Auriol, former president of France acquired one of his pictures in the Tenth Anniversary Exhibition. In 1966 he won the Histadrut Prize at the International Show in Tokyo, Japan. read more 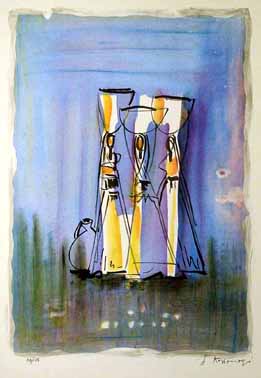 Going to the Well 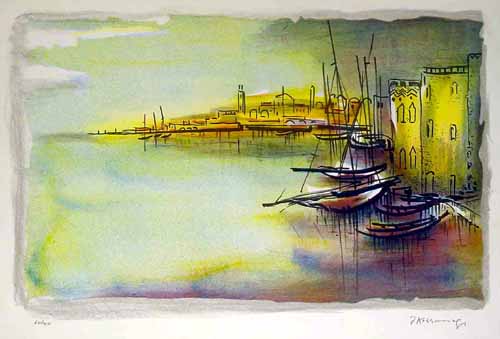 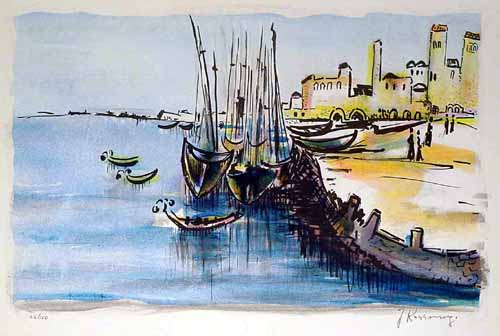 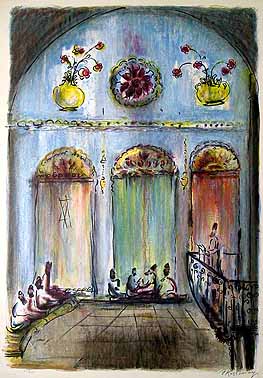