Moshe Gat was born in Haifa in October 1935. By the age of sixteen his artistic talent had clearly manifested itself, and in 1952 he began his studies at the Bezalel School, in Jerusalem. In 1955 he returned to Haifa, where he taught drawing, and began to participate in the more important general exhibitions then shown in Israel. In 1957 he was awarded a grant by the America-Israel Cultural Fund, to further his studies abroad. He became a member of the Society of Painters and Sculptors in Israel, and held his first one-man exhibitions. The most important of these was in the Tel-Aviv Museum. In 1958 he left Israel, and after an educational tour of the museums of Paris and Italy, he reached Mexico. Several months later, two of his works were accepted for the exhibition of artists of Mexico; this was part of the American Biannual, which brought together in the city the best of American art. Here, the Director of the National Museum of Modern Art saw the pictures and arranged a one-man show for Gat at the Museum of the Palace of Fine Arts in Mexico City. In 1962 he held his first one man show at the A.C.A. Gallery in New York. He held exhibits too in New Orleans, Chicago, Detroit, Texas and elsewhere. In 1962, after an absence of five years, the artist returned to Israel, and settled in Haifa. In the following year he held exhibitions at the Haifa Municipal Museum, the Bezalel Museum in Jerusalem, the Artist's House in Haifa, and Jerusalem, the Chermerinsky Gallery in Tel Aviv, and other places all over the country. These exhibitions mainly included works produced abroad, many of which were borrowed from private collections. In 1962 he began to teach drawing at the Bezalel School in Jerusalem. Moshe Gat took part in the international exhibition at the Metropolitan Fine Art Gallery in Tokyo, where his woodcut "Three Old Women" won the prize for graphic art. He was one of the twelve Israeli artists whose works were shown also at an exhibition held at Pushkin House in Moscow, early in 1965. In 1965 he exhibited at the "Mer Kup" Gallery in Mexico City. read more 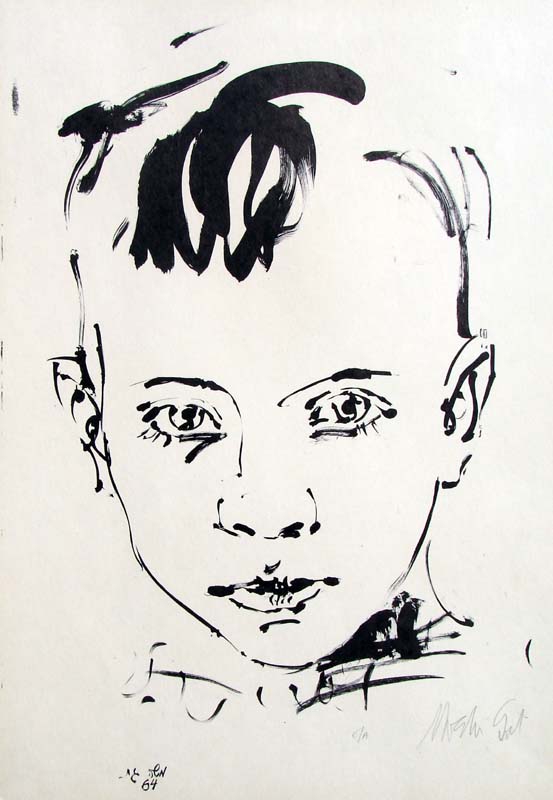 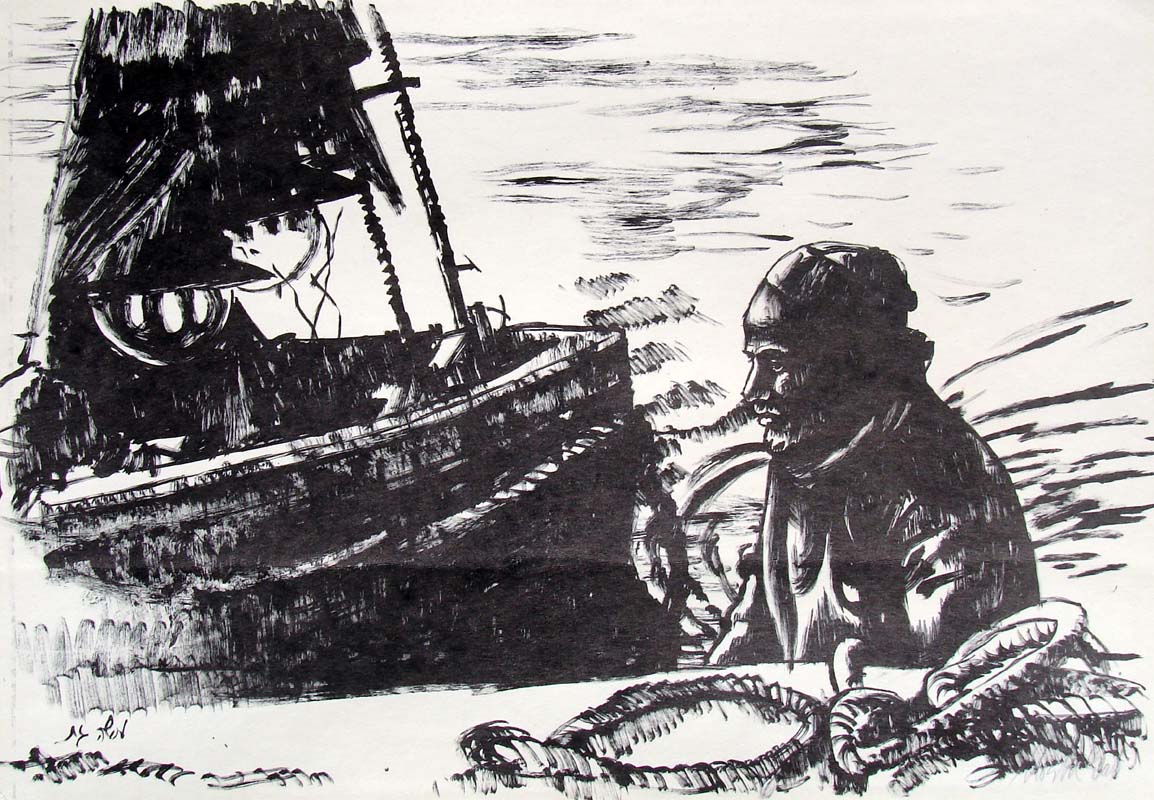 Fisherman and His Boat