Amram Ebgi immigrated to Israel from Morocco under the auspices of Kibbutz Kfar Blum. He received his early art training in Israel at the Tel Chai Institute, the Avni Institute and the School of Advance Painting in Tel Aviv. As painter and graphic artist, Amram also served as the official state-designer for the Organization Kibbutzim in Israel. In 1969 Amram came to the United States as a recipient of a scholarship to the Brooklyn Museum of Art in New York. He developed his dedication to the graphic arts at Pratt Graphic Center for Contemporary printmaking. In art work that is dedicated to a culture that has long endured struggles and pain, Ebgi, the Optimist prefers to reflect harmony, balance and joy in a simplified, decorative stylized execution - lighthearted, in a universal language and one of the artist's own personal vision. Ebgi does not consider his work to be of a "religious man," but rather as being representative of Judaism. Almost every work incorporates the cherished symbol of the bird, symbolizing Israel's Freedom. Other symbols which radiate from his work include vineyards, menorahs, men in taleisim, Noah's Ark, doves and flora. An average work takes two months to create, with some being composed of as many as 60 separate elements or pieces. Yet, the work, when finished, is like a masterful symphony orchestrated by a perfect team of musicians, a meticulous shimmering blend of design and color. The versatile artist also works in many other mediums including oils, watercolor, stained glass, ceramic, woodcarving and more. Ebgi's etchings have been featured on the cover of the Washington Post, World of Art, Israel, The Miami Herald and Decor Magazine, as well as holiday cards published by UNICEF and Hallmark. His work has found its way into the hearts and homes of numerous collectors including President George Bush. Ebgi has been called a visionary whose imagination combines warmth, sensitivity and light and gives the complexities of life a subtle structure. And if art has the power to bring smiles of joy to individuals and peace amongst nations then Ebgi is the man who can accomplish that great task. read more 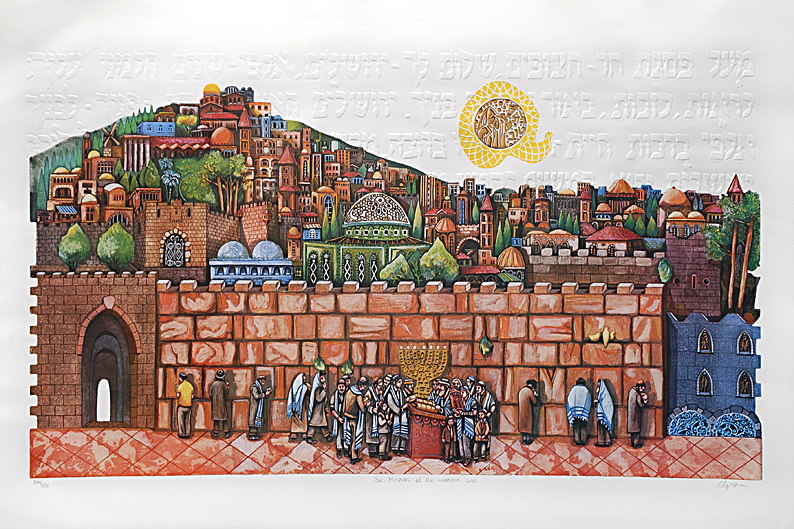 Bar Mitzvah at the Wall 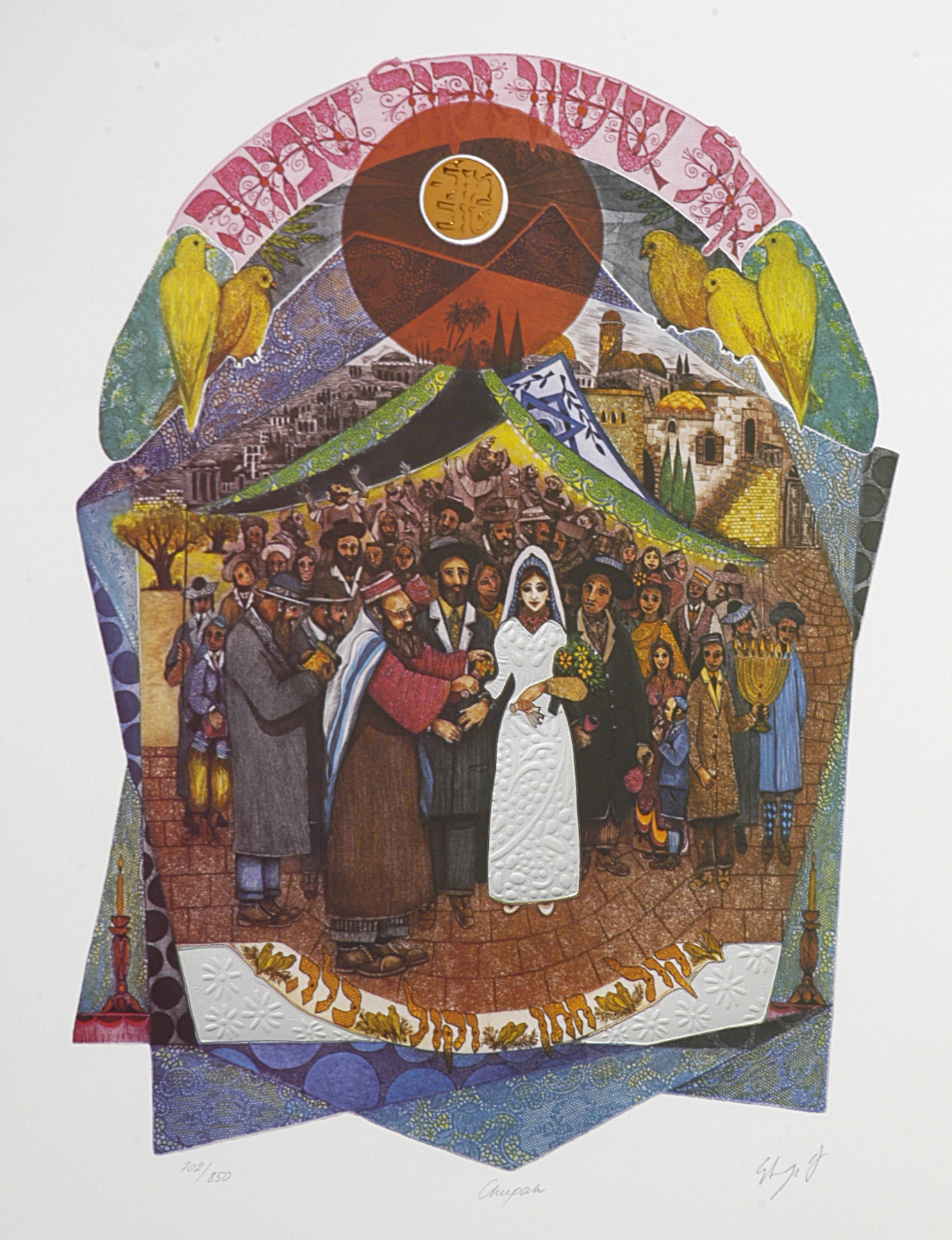 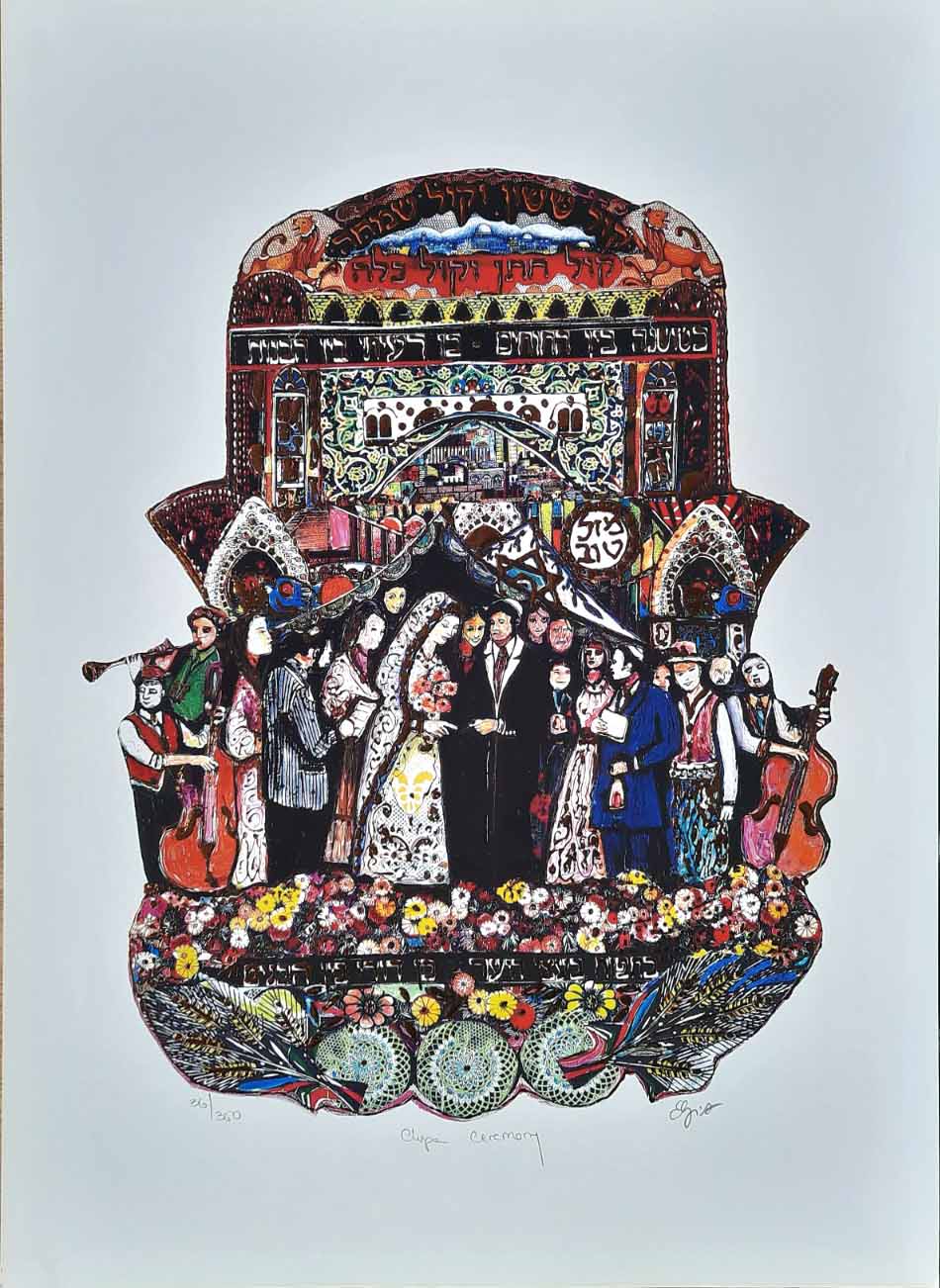 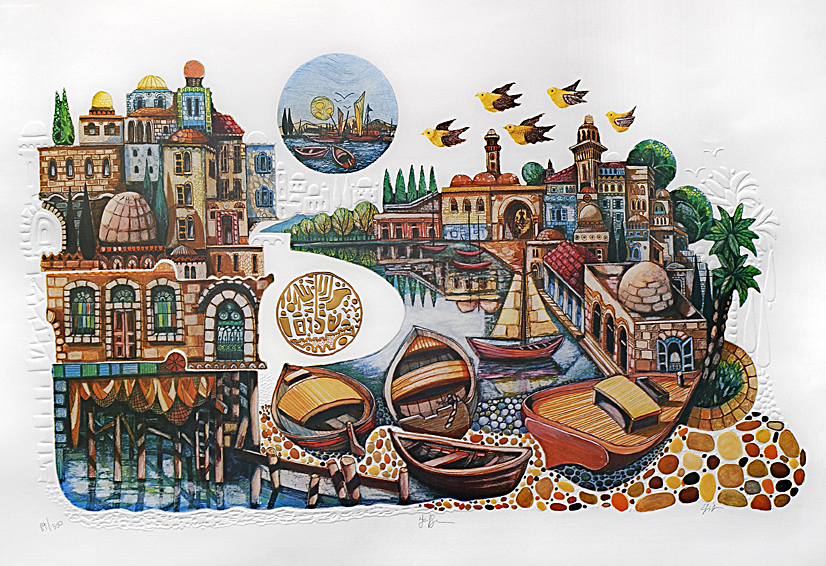