"I paint what I love: my people, my family, my country. To paint means to sing, and every artist must make his voice heard." Reuven Rubin When Rubin was only nineteen, he used his last few coins from the sale of his bicycle to make the journey to the Holy Land, which he reached after many picaresque and sometimes precarious adventures. Tel-Aviv was a tiny village then, couched amoung sand dunes, but Rubin felt somehow, as he stood and surveyed the expanse of sand and the few scattered box-like houses, that this was a land of destiny. Then and there he determined to join his own destiny with that of the land. He had found his spot on earth, but he realized it would take years to achieve his place in art, to be an artist who transforms the ordinary and the temporary into the inspiring and enduring. His poetic imagination and his exceptional gift for fantasy were never more successfully expressed than in these figures and landscapes done in Israel, near Jerusalem, along the Sea of Galilee and Sharon Valley. . The exhibition reveals him to be a mature artist who has developed a unique style. He is one of the most distinguished draftsman of the Twentieth Century. There is a timeless and majestic rhythm in whatever he does. This is the hall mark of his style. He was one of the very first of our painters who sought to sing a sample yet stirring hymn to Tel-Aviv, then in her early childhood - in 1912 she consisted but of a score of tiny houses and a dozen tents, pitched on the velvety softness of the golden sands. The picture of Tel-Aviv which Rubin painted at the time has remained one of its most authentic 'portraits', one of the first childhood likenesses of our town - today a large city - which was then a humble suburb of Jaffa. A lad of nineteen at the time, Rubin was a pupil of professor Boris Schatz at the Bezalel school of art, but he was also one of the first to rebel against his beloved teacher and his teachings. He is basically, in his very essence, a man of reality, yet charged with a large measure of romanticism, and possessed of a distinctive approach to beauty that does not come of any sophistic speculativeness. His sense of beauty drank at the succulent popular sources of the picturesque township of Faliceni, where he was born on 13 November 1893, and just like Chagall, who carries his native town of Vitebsk about with him wherever he goes, similarly Rubin constantly bears with him the memory of his little town, yet he does not use it as subject matter for his paintings, nor does he impart to it some magical and symbolical language. In 1926 the Palestine mandate government bought his large canvas "My family" and presented it the Tel Aviv museum. "There in Jerusalem, in Tel Aviv, in Haifa, and in Tiberias, I feel as if I were reborn" Rubin wrote in 1926 in 'Menora', a periodical that appeared at the time, "Here, life and nature are mine; dispelled are the grey clouds of Europe, and my sufferings too are at an end, the war is ended. All is bathed in the sun's splendour, in the clear light, in the happiness of creative work .. just as the desert comes to life and flourishes under the hand of the pioneer, so do I feel myself the re-awakening of my latent powers" In 1952 he was honored by an exhibition of a group of his paintings in the newly built Pavilion of Israel at the Venice Bienale. read more 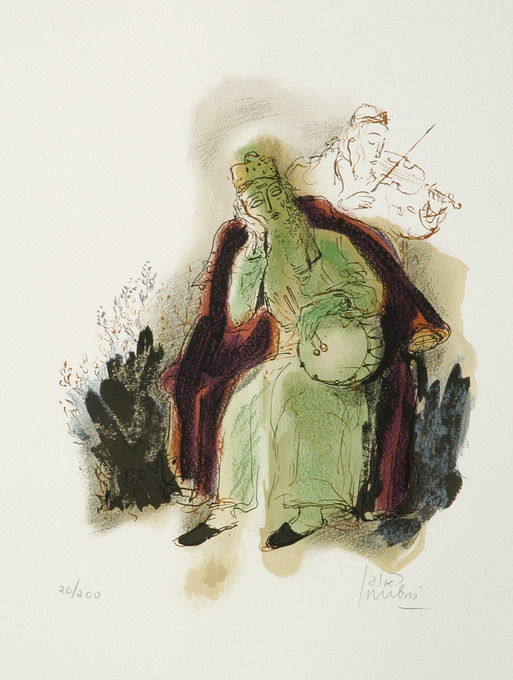 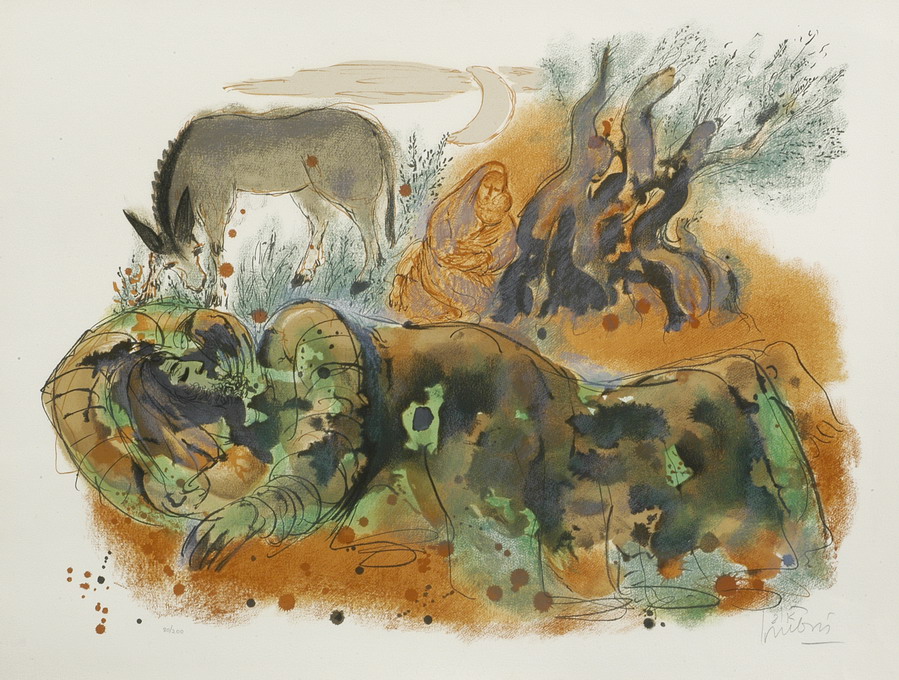