Jossi (Joseph) Stern was born far from his present world, in the Bakon Hills of Hungary, in 1923. He was already drawing when at the age of ten he moved with his family to Budapest. When Hitler's bestial horror with its promise of death sounded in 1939, the young artist made for Palestine in an old ship, only to be declared an illegal immigrant and sent to a prison camp for six months. In 1943, there were those who saw his talent and he was enrolled in the Bezalel school of Arts and Crafts in Jerusalem. Outstanding as a student, he became a teacher of Graphic Arts there. Stern is recognized in Israel as one of its most delightful artists. His drawings are exhibited and appear in many publications. They are the man and his world. Their grace and charm show that he has understood Gustave Flaubert's remark: "If your work of art is good, if it is true, it will find its echo and make its place." read more 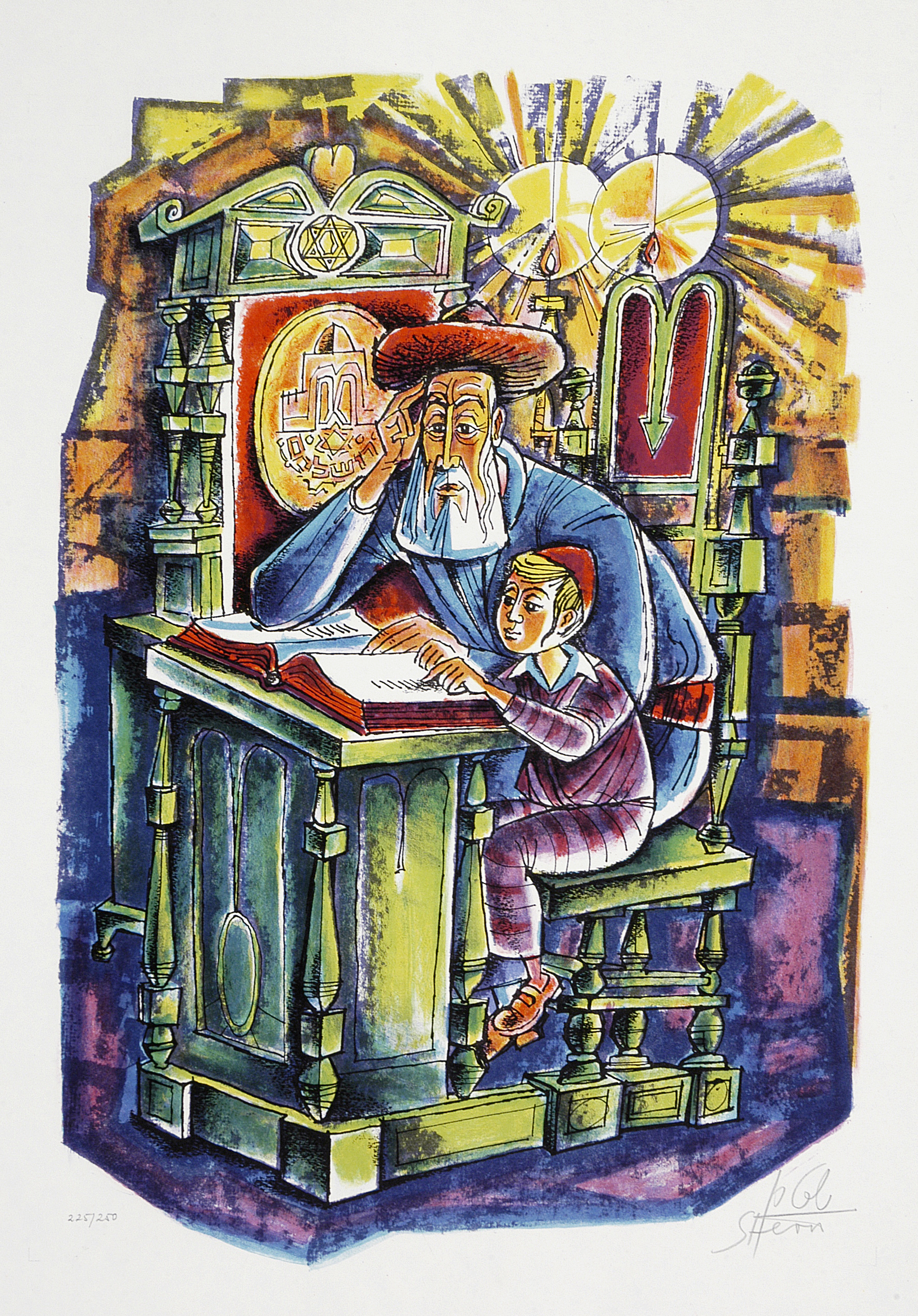 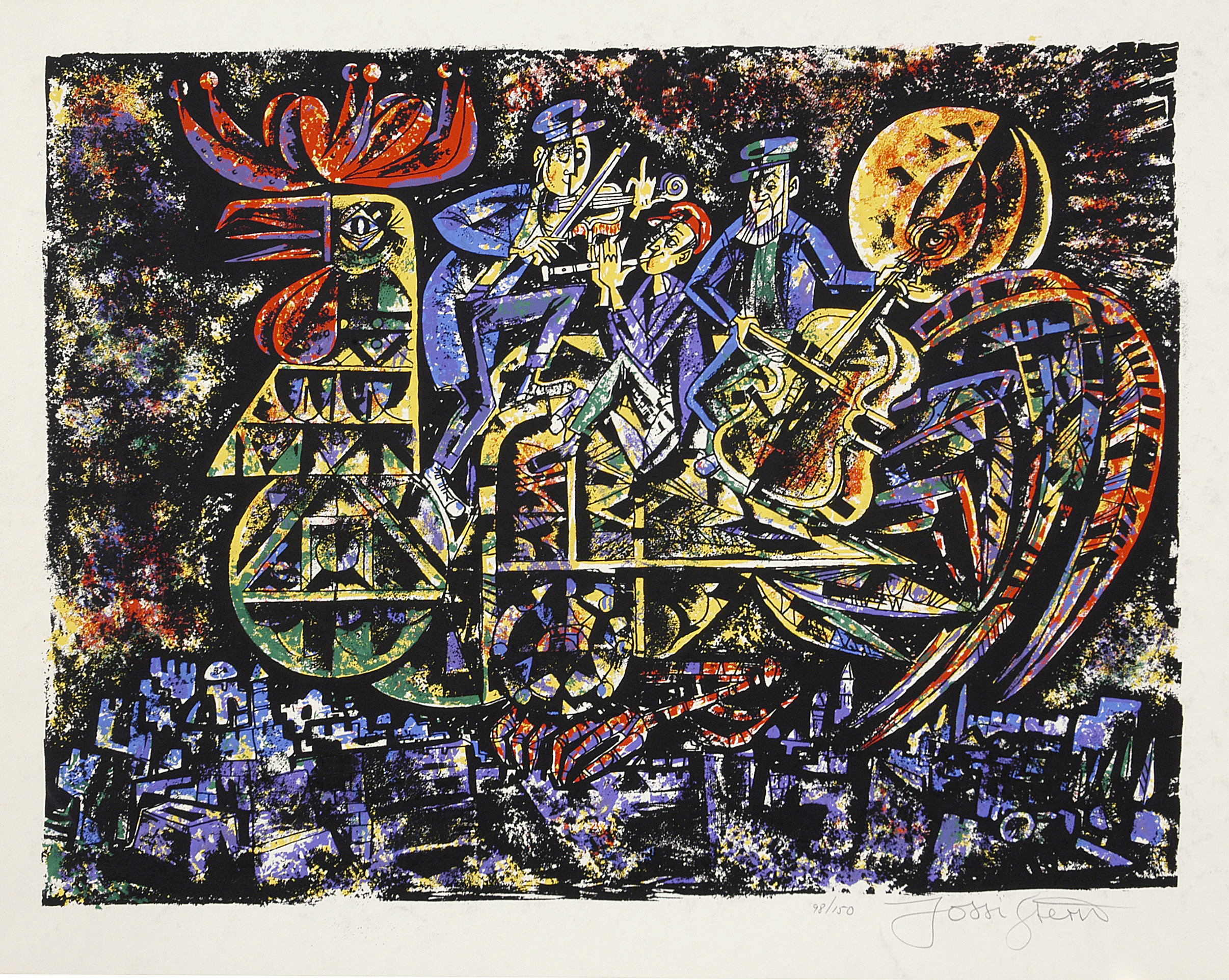 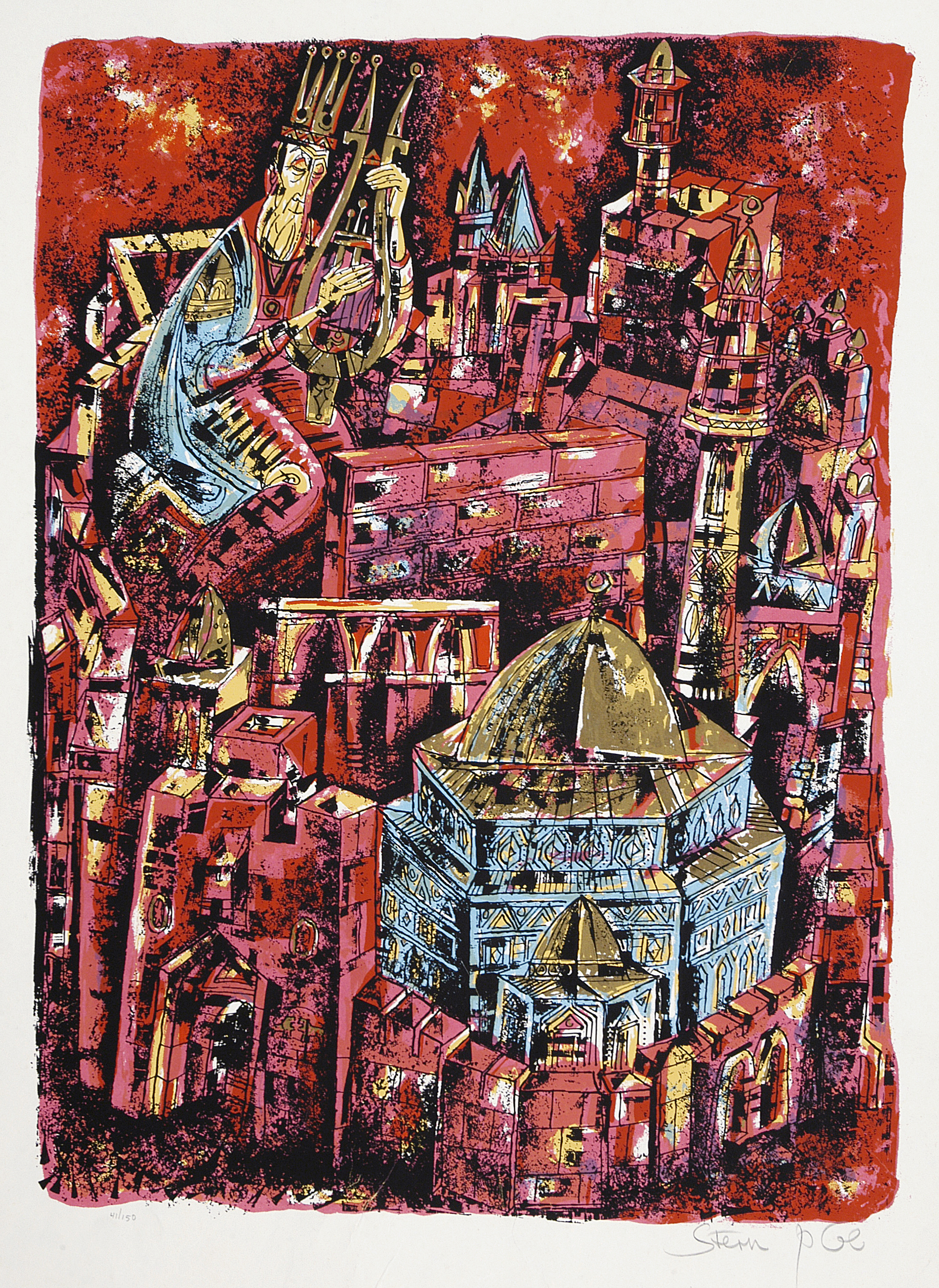 S- 57a David over Jerusalem 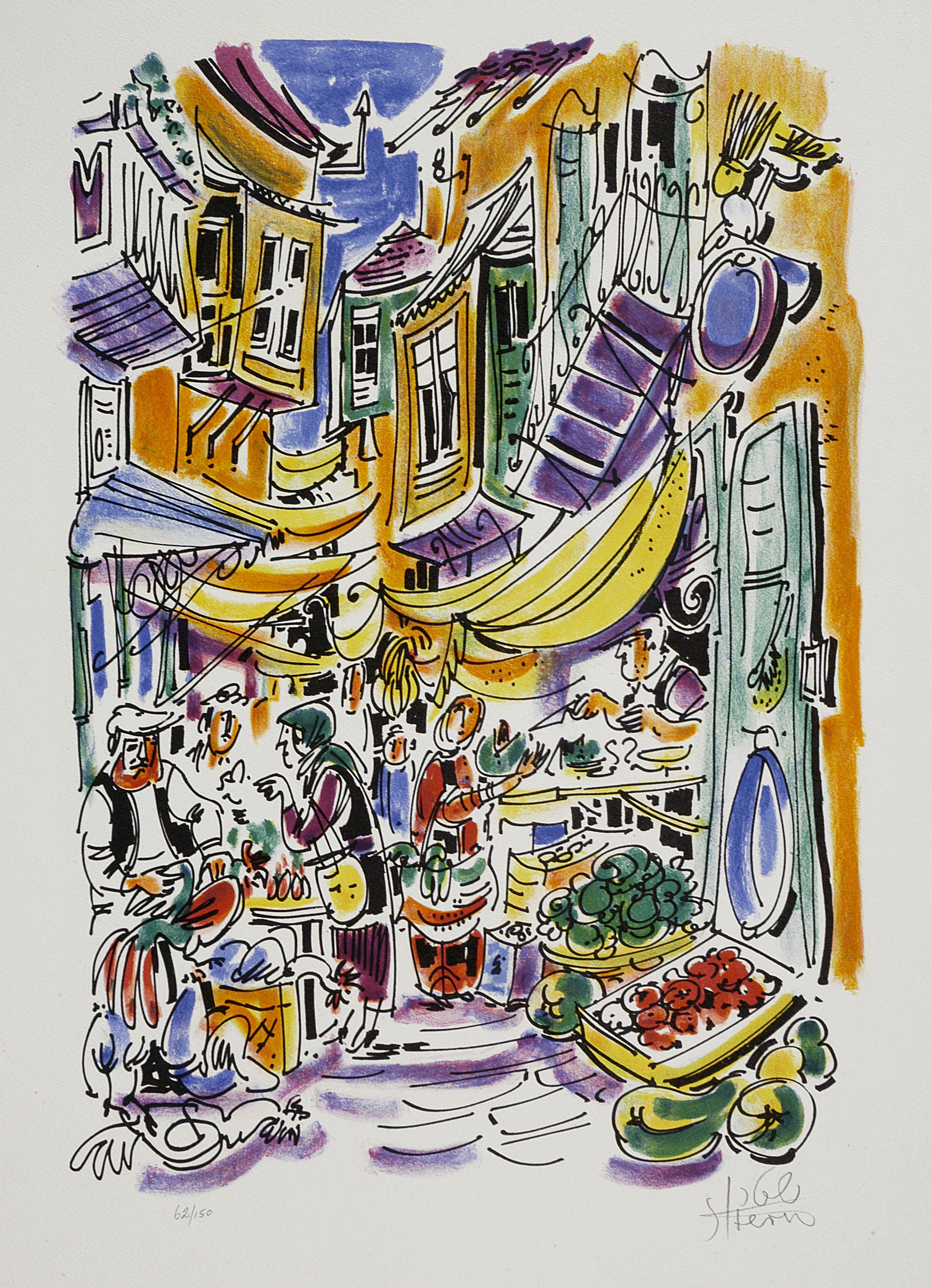