Mordechai Moreh, born in Baghdad (Iraq) in 1938, came to Israel with his family at the age of 14. Despite the family's poverty, the boy's talent was so pronounced that he was awarded several scholarships which enabled him, at the age of 18, to enter the Bezalel Academy of Art and Design in Jerusalem. In 1960 the young artist was given a scholarship by the Italian government to study at the Accademia de Belle Arti in Florence, where he showed an interest in 15th Century art and developed his particular techniques in painting. Another scholarship, granted in 1962 by the America-Israel Cultural Foundation, allowed Moreh to attend the Ecole Superieure des Beaux-Arts. Moreh has held one-man shows in Vienna, Amsterdam, New York and Israel, and has participated in many important biennales in Europe, the US and Israel. Moreh is considered a master in the techniques of dry-point etching and colored engraving. It has been claimed that the two methods sum up the artist: he is cruel in dry-point, his needle biting into the metal, yet tender in his colored engravings, spreading his hues "a la poupee". Like his techniques, Moreh, too, is complexly cruel, yet tender. The handling of his subject matter reveals his personality. Although he is gifted with a vivid sense of humor, his whimsical scenes are often overshadowed by tragedy. Exuberant fantasy and strict discipline, imagination and reality coexist in his work, showing a universe both amusing and sinister. Moreh's realistic and fantastic animals proclaim the humor and tragedy of existence. His is a visionary outlook, arousing symbols and mythical images in a transparent world where life, dreams and myth coexist. Many of his etchings have a prophetic character, where the past and future mingle in a vision teeming with subtle forms. This philosophic and cultured artist exposes in his art the mystery of humanity, its humor, frailties, cruelties and fears. Moreh has a truly remarkable gift of depicting "reality", the human condition and the passage of time. And to achieve all this, he has chosen his media carefully. Utilizing the spontaneous method of dry-point, he creates forms as if painting with a brush. The resistance of needle on plate is for Moreh the vital and necessary means for expressing and transmitting feelings with great accuracy. A master of the medium, the artist's needle reacts to the slightest touch, forming an accentuated line which varies between a very fine and a very large structure, and which combines within it both strength and softness. In this way it is possible for Moreh to realize his subject in its full volume and mass by tracing only its outline. The richness of his line is an art in itself. read more 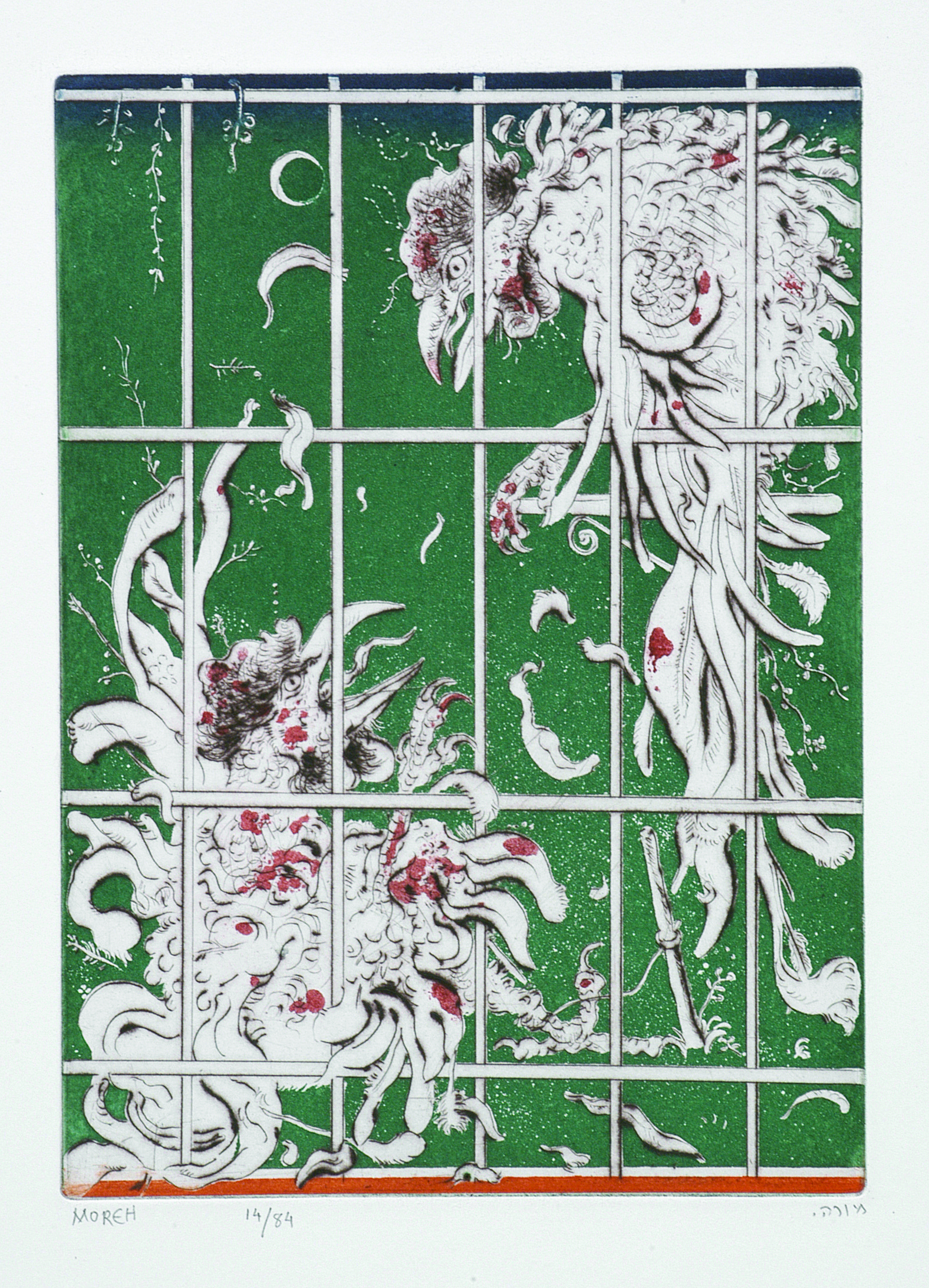 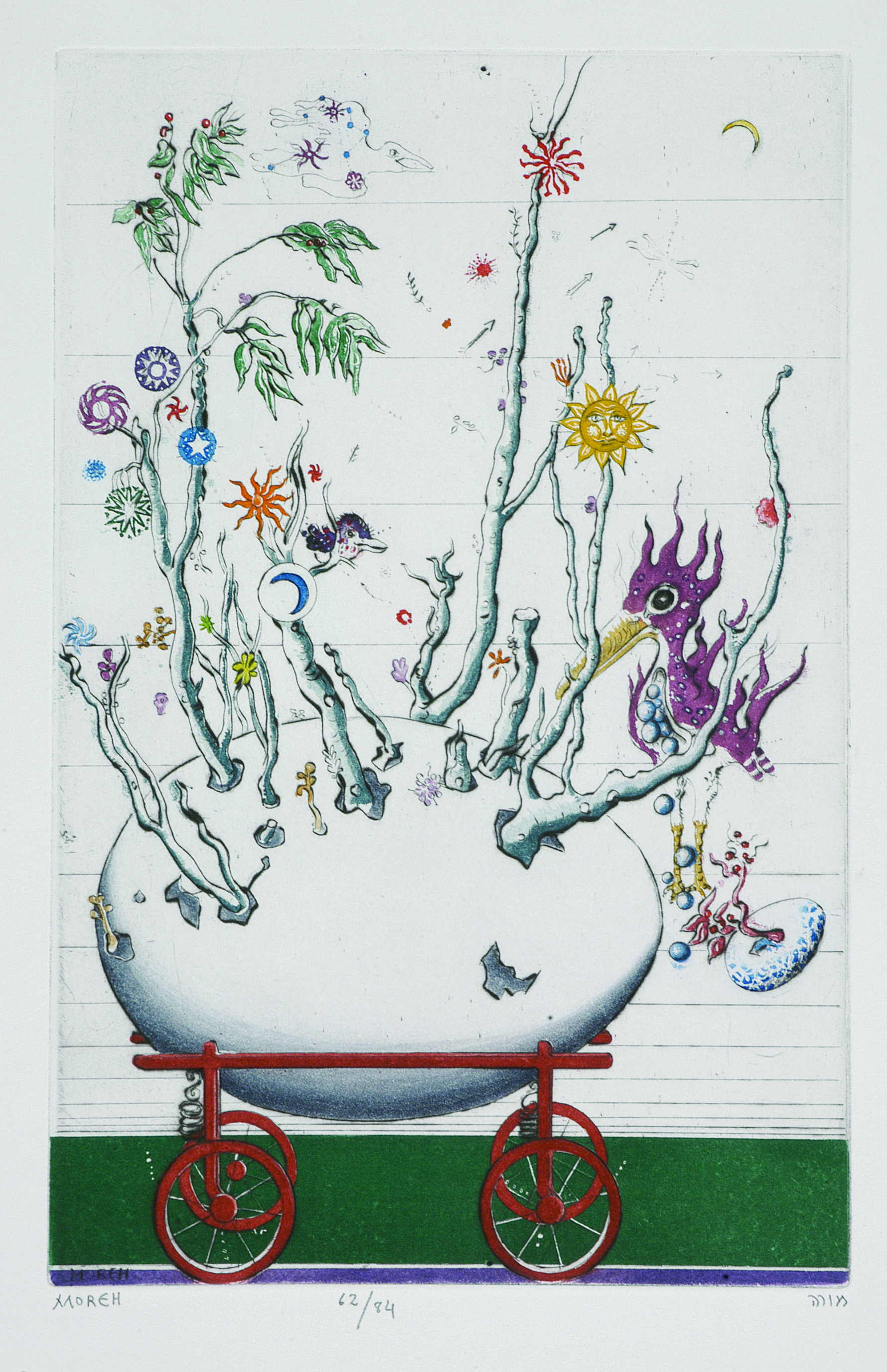 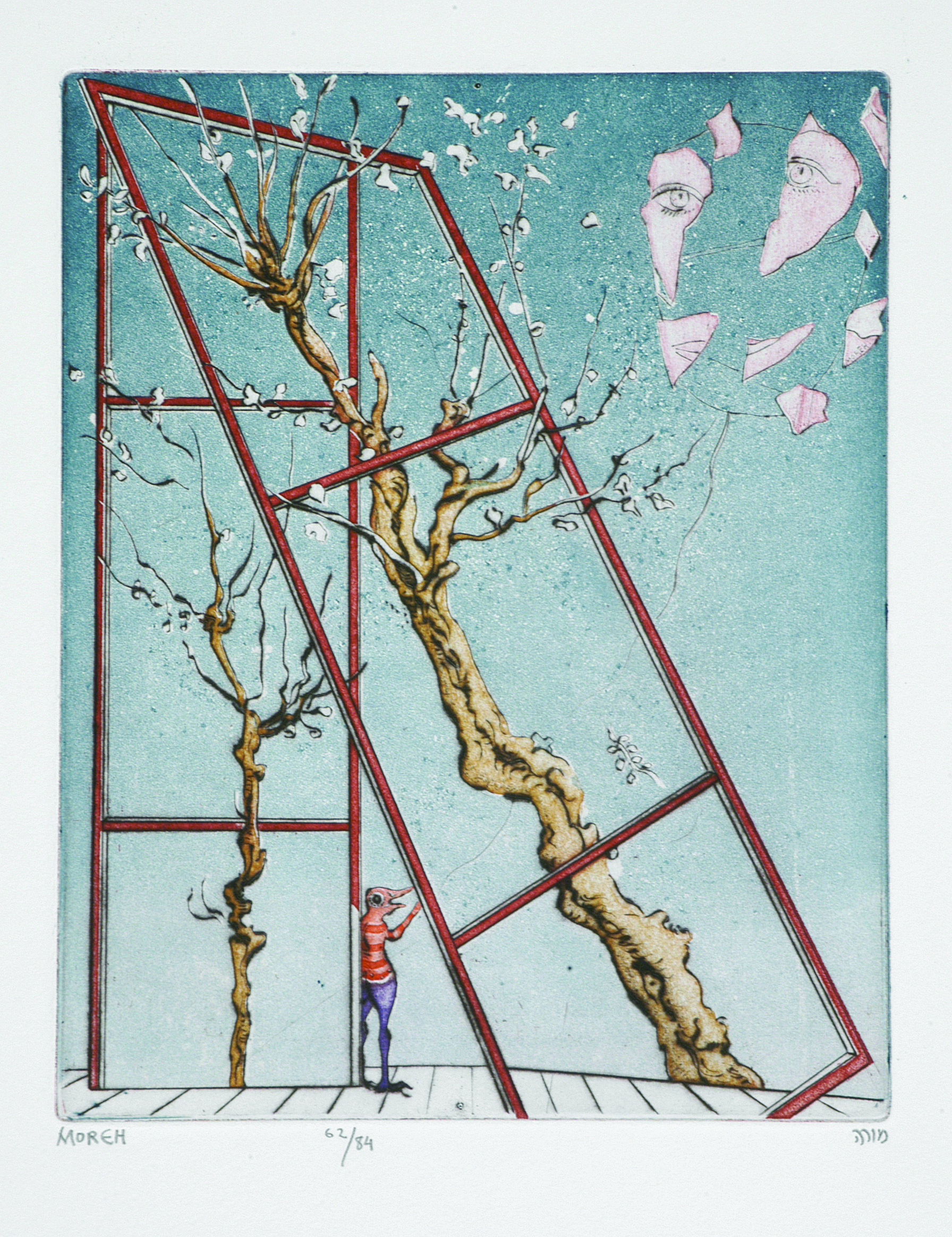 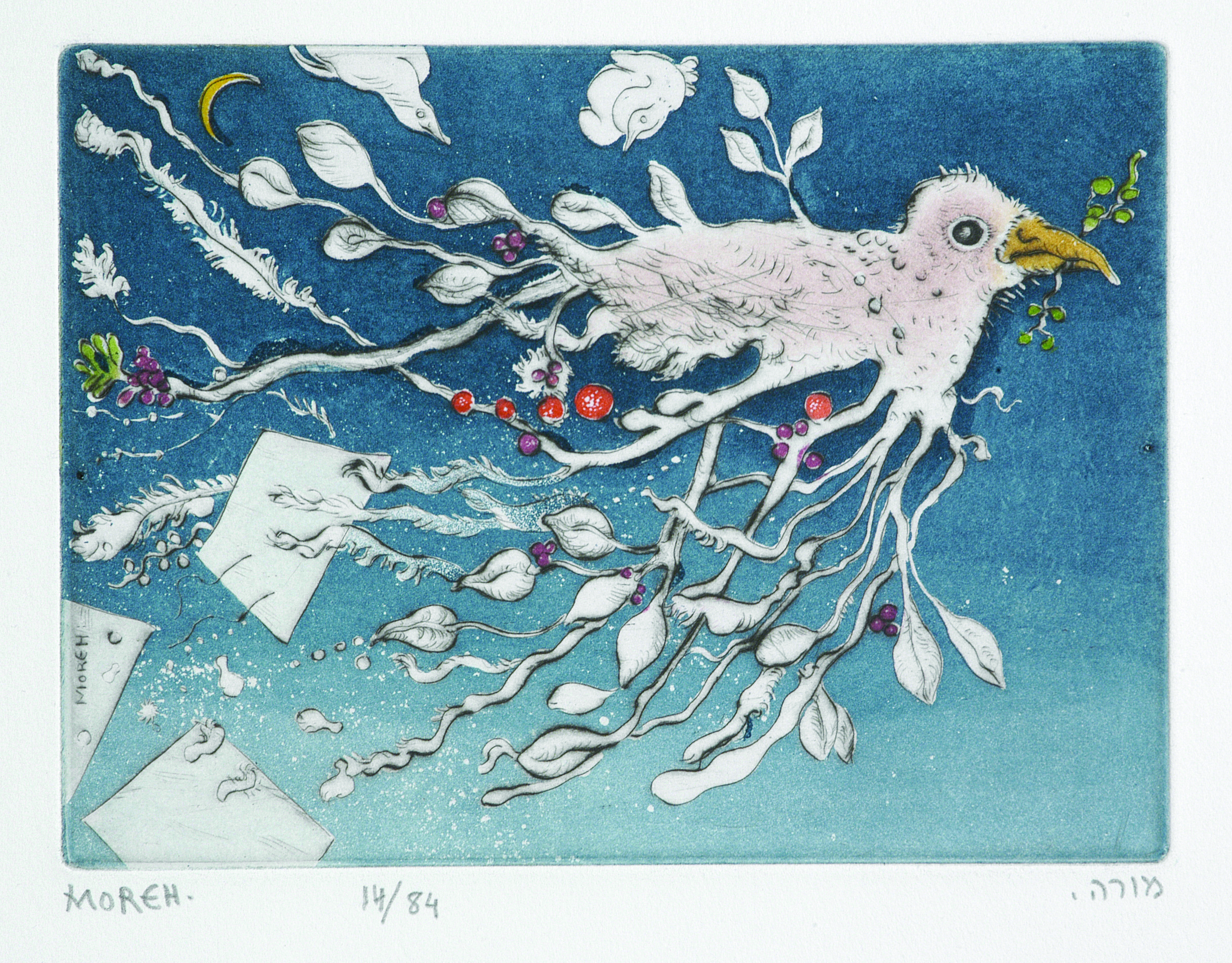